SPECIFIC TECHNICAL FEATURES OF THE MODEL: Moto Guzzi V7 I / II (2007 – 2017). These details will help you check wether BAAK parts are suitable for your motorcycle.

2007 is the year of the reborn of the V7 for the Italian brand Moto Guzzi. The V7 I is first introduced in Classic and Special (spoked wheels) version, then the Racer version was available from 2010. The first version of the V7 I with “square cylinder heads” was manufactured until 2012, the the engine evolution (painted cylinder heads) was launched and remained manufactured until 2014. In 2014, the V7 II was introduced. It includes the ABS, traction-control and 6 gears gearbox. It was also available as Stone, Special and Racer versions. 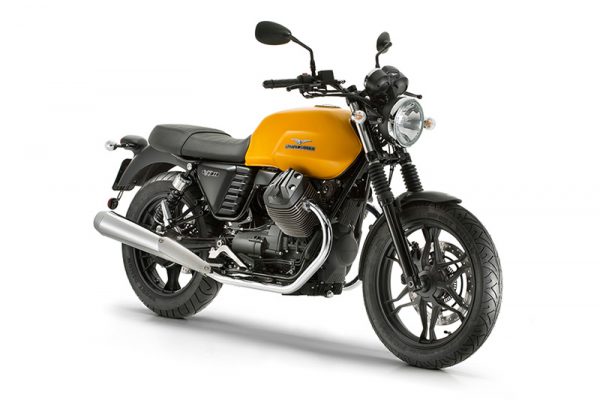